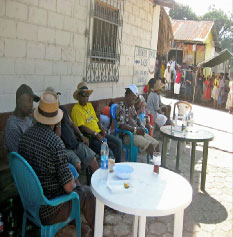 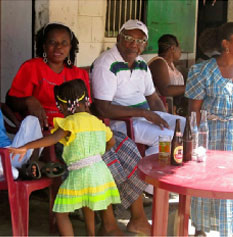 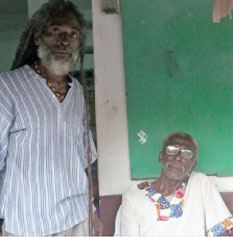 The previous section explained Proto-Garífuna as the language spoken by the native St. Vincentians before the arrival of the Africans. The native St. Vincentians (as well as the native peoples of Guadalupe and Dominica) described themselves as Kalípona and not Carib. The name ‘Carib’ was what the Tainos called the Kalínago (‘Carib’ was not a negative word, it simply mean cassava-eaters). However, since the Tainos told Christopher Columbus they were called something like ‘Carib’, this name spread among Europeans and stuck. Proto-Garífuna reflects early colonization as seen by a handful of Spanish and English loan words, as well as a few hundred French stems. We are lucky enough to know about this language because of Father Raymond Breton, who lived among the Kalínago and composed a dictionary based on their language. This dictionary also demonstrates evidence of an African presence among them, as seen in a few vocabulary entries such as cóheti íoma for someone with thick lips, kilili-abali itibouri for ‘nappy hair’ or méguerou for ‘Black person’. Although the native peoples of South America referred to themselves as Galibi, this website continues to refer to these South Americans as Carib, in the hopes that the concepts will be easier to understand.

It is important to understand that this was one single language spoken by both men and woman, not an Arawak language spoken by women and a Carib language spoken by men as commonly reported. Moreover, the Carib “language” was never a full language spoken in the Caribbean. The men spoke the same Arawak language as the women, but the men used more Carib words in order to engage in trade business with the native peoples of South America. As young boys entered into the trade business with their fathers, they too learned these extra Carib words. Upon analysis of many different texts, Douglas Taylor, specialist in native Caribbean languages, contends that with the decrease in trade among Caribbean Kalínago and South American Galibis (Carib), the Carib element of Kalípona language has begun its descent. 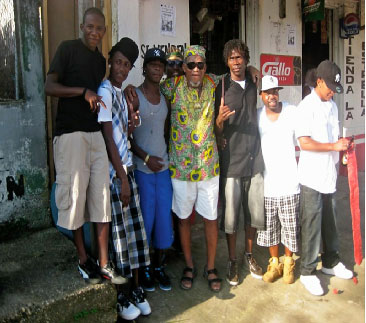 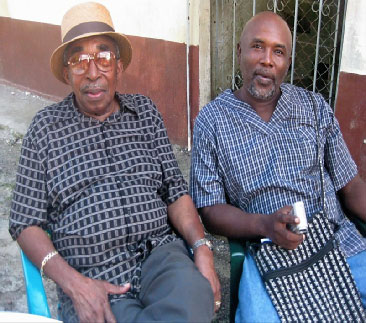 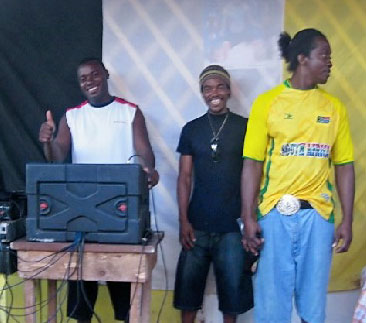 Despite a lack of evidence of a shipwreck in which Africans were left stranded on St. Vincent, I have chosen a start date of 1635 for the beginning of Early Garífuna language for two reasons. One is out of respect for Garífuna oral tradition that the first shipwreck did happen in that year. The other is that whether or not there was a shipwreck, by that year there would have been enough Africans to form a formidable group on St. Vincent.

African entry into an indienous culture

Since the Garínagu and Kalínago were a pre-literate society and did not use writing sources (quipus, hieroglyphics, rock carvings, etc.), we must depend on oral tradition and European documents to reconstruct a Garífuna history. Unfortunately, the earliest writers of Garífuna history had one goal in mind, which as to control the Caribbean islands to plant crops and make their fortunes. British men who lived on the island of St. Vincent had to make their countrymen back home believe that the Africans on the island – although they may speak the Indian language and live the Indian culture – were not indigenous at all. With the support of their countrymen, these British men would earn the right to kick the Africans off the island.

No matter which version is the truth, whether Africans ended up on St. Vincent because of a shipwreck, because they were stolen by native Kalípona Indians, because they escaped from other islands or even if Africans were living in the Caribbean before the arrival of the Europeans, one fact is undeniably sure – Africans lived on St. Vincent among the native Kalínago.

The first eye-witness accounts of life on St. Vincent Island report that the Kalínago lived on the western side of the island. This would have been the more hospitable side; the mountains in the center of St. Vincent would have dampened the blow of the fierce Caribbean trade winds, responsible for hurricanes that originated in that general area. The islands in the Greater Antilles were busy with a flurry of settlers and planters taking over and colonizing, but the Indigenous of the Lesser Antilles resisted and fought for the right to live peaceably on their own soil. Although these Kalínago did not allow large-scale colonization, they did not mind sharing their lands with the French, who befriended the Kalínago and dazzled them with French goods. So what can be said about the linguistic make-up of St. Vincent in light of no existing transcripts or description of the language?

On the other Caribbean islands, pidgin and creole languages were forming. Pidgin languages are formed when individuals are learning a second language, but with restricted input. For example, Blacks who came directly from Africa were learning either Spanish, English or French as a second language, but instead of learning in a classroom where their grammar would have been corrected or instead of learning in an immersion environment where they would have the opportunity for lots of practice, they often heard the input language from one single person – the slave master – who often was a higher-ranking Black (or mixed Black and European) who did not speak the language well himself. Creole languages are formed when individuals are learning a first language, but with restricted input. For example, the children of these Blacks born on the islands would hear the language as spoken by their parents; they would have been hearing a sort of fragmented language that had elements of both the European language and an African language. However, as children acquire a first language, the theory of Universal Grammar posits that children automatically fill in the blanks, making sense of a language for them to communicate. However, this was not the case on St. Vincent.

In an environment of unlimited access to the Kalípona language and as the Kalínago were in a position of power, there wasn’t time for a pidgin to form, much less a creole. What happened with the Africans in the Kalípona society is not unlike a student learning a second language. There is a period of interlanguage, a linguistic term used to describe the stilted language of someone trying to acquire a second language. Living among thousands of indigenes, the Africans quickly and fluently learned Kalípona language. With each new generation, the African element diminished, leaving behind only the African pronunciation. William Young, the very same who published an account of the shipwreck, mentioned that the “ignorant and savage Africans” spoke a language that was all their own. We know that it is the Kalípona language with African pronunciation, as opposed to a separate African language through theories in linguistics.

When there is limited access to the dominant language, a third language arises that is fully productive, complex and complete. However, the Africans had unlimited access to the Kalípona language and thus, acquired it as their own. In the face of severe trauma, such as that as capture and slavery, one does everything to hold on to shreds of their culture, religion or language as a means of mental survival and maintaining one’s sanity. The fact that there is very little African lexical influence demonstrates that the Kalínago were in a position of dominance that quelled the use of any African words.

Meanwhile, while the African population on St. Vincent was growing, so was the community of French colonists. For the Kalípona, they were not only interested in small-time trade with the French, but the French also helped the Kalínago keep the British away – at first. Soon, the Garífuna community was so large by 1700 that it would be fair to say that the Garínagu were living among the Kalínago and not under their rule. Tensions became so tight that the Kalínago asked the governor of Martinique how to handle the Garínagu, and the governor’s answer was the divide the island (figuratively, of course) in half, giving the Garínagu the eastern part of the island and the Kalínago could remain on the western half.

The Garínagu were happy to move to another side of the island and even invited some of the French to come with them – again not as an altruistic move but to help them keep the British away. It is in this manner that even more French words entered the Garífuna language. +Just as it had been in the early days when the French conquered the British Islands, French became a language of prestige among the Garínagu. At first there would have been lexical borrowing; the Garínagu would have inserted French words here and there within their everyday speech, but soon the Garínagu would become bilingual in French.

In conclusion, the stage of Early Garífuna is the period that sees the birth of the Garífuna language. Garífuna language is not Garífuna language until it is spoken by the Africans, lending their unique phonological and prosodic elements to the Kalípona language. Through an intimate contact with the French colonists, Garífuna language became inundated with French words but with an African (Garífuna) pronunciation. By the time the Garínagu landed in Central America in 1797, they had French names, given to them by their French and Garífuna bilingual mothers. The inclusion of French in Garífuna language does not make it a mixed language, it is still a wholly Arawak language with a large (but dwindling) corpus of Carib lexical and affixial items, but now with the infusion of French lexical items as well. It is important to note that there are no known French affixes (prefixes, suffixes) in Garífuna.